The Ford Mustang is an American icon, and most people dream of owning one someday. Back in 1963, when it was a concept car, Ford was only testing people’s reaction to their new automobile, and had no idea that two years later it would become their most successful launch since the Model A back in 1927. Mustangs usually command attention wherever they go, so you’ve undoubtedly seen one and thought about how you would look in the drivers seat. Since looks aren’t everything, let’s go over a few reasons why you should consider purchasing a Ford Mustang.

Let’s start with the one thing most people are concerned about when purchasing a car: the price and reliability. Mustangs start at a base price of around 25,000, so adding extras like a convertible top won’t blow your entire budget. Ford has even introduced Mustang models with better gas mileage, so you won’t break the bank when you fill up at the pump. If you’re worried about your insurance premiums, a V6 model is a nice replacement for the revved up V8. Plus, with routine maintenance, Ford Mustangs are reliable vehicles, with long-time drivers going over 100,000 miles without any expensive repairs.

The Ford Mustang currently has ten models to choose from, with most models having a gas efficient counterpart, so there’s a Mustang for everyone. Plus, with the extensive amount of customization you can do to a Mustang, you can truly make your car your own, all it would need is it’s own personalized plate. 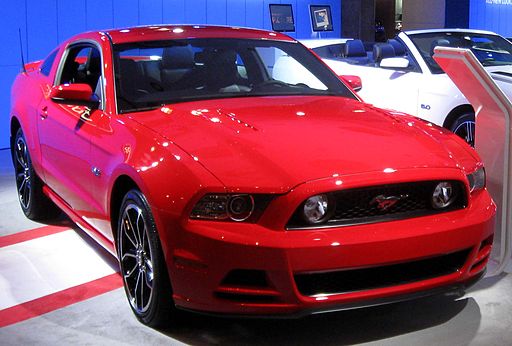 Remember when we said looks aren’t everything? Well, sometimes it’s what’s on the inside that counts, and the Ford Mustang offers a lot of performance. The Ford Mustang GT has up to 435 horsepower, and can reach 60 MPH in as little as 4.3 seconds. You’ll quickly notice the smooth handling of the vehicle when passing or merging into traffic, and with optimized engine performance, the Ford Mustang has excellent handling, no matter what speed you’re cruising at.

So now you know all about the car, but did you know about the community of people who love to share what their Mustang can do, and want to see yours too? If you’ve ever been in a parking lot and noticed a few Mustangs parked next to each other, more than likely they aren’t together, they’re just Mustang enthusiasts. The community makes it easy to meet new people, and even attend car shows with like-minded individuals, but don’t worry, it’s not like The Fast and Furious, more like a casual club, or even official club of people who just love their Mustangs. You won’t find that kind of camaraderie driving just any car, so don’t be surprised when other Mustang drivers wave at you or tap their horn, they’re just saying hello to their newest recruit.

Driving a Ford Mustang brings a bit of nostalgia back to the roads, and owning one isn’t too far out of reach. With a variety of models to choose from, the Ford Mustang you’ve been eyeing can be sitting in your driveway, ready for the next adventure you take it on.